Silverware is key for Paul Pogba 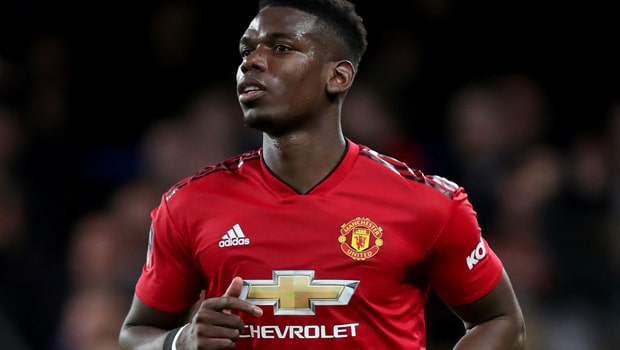 Paul Pogba admits that winning a trophy is the driving force for him this season. Manchester United were unable to win anything last season and, although Pogba enjoyed World Cup glory with France in Russia, he does not want to endure another fruitless season with the Red Devils.

He was the driving force as United claimed a deserved win at Chelsea in the FA Cup on Monday, setting up a quarter-final clash with Wolves.

Pogba laid on the opening goal for Ander Herrera before powering home a header from Marcus Rashford’s cross.

It ensured United bounced back from the home loss against Paris St-Germain in the Champions League – a game in which Pogba was sent off – and that was important to the midfielder.

The loss to PSG was United’s first since Ole Gunnar Solskjaer succeeded Jose Mourinho in December.

“Losing a game after 11 games without losing hurts and it’s a really bad feeling, so you don’t want this to happen again,” Pogba told MUTV. “All the competitions are important. We want to win something.

“Last year we didn’t win any trophies. I still remember that. This year we want to win something.”

Next up for Pogba and United is a chance to pierce the title ambitions of arch-rivals Liverpool, with Jurgen Klopp’s team coming to Old Trafford on Sunday.

While they were impressive at Chelsea, the midfield dynamo says they have to be more clinical. “The result was great, but we should do better. We should react even better,” he added.

“We made it harder for ourselves. We can control more, play more and hurt them more with the ball.”

United are 3.10 to overcome Liverpool on Sunday. The visitors are favourites at 2.30 while the draw is priced at 3.50.