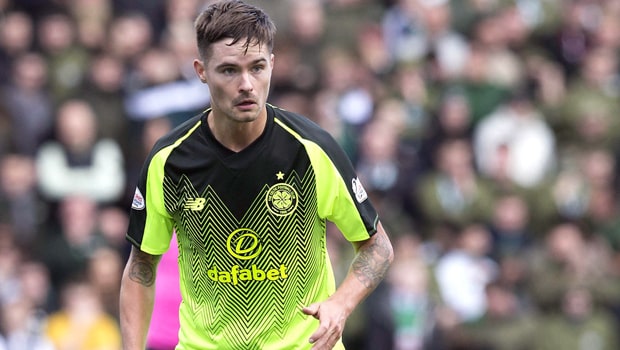 Celtic defender Mikael Lustig says his team are growing in confidence following their superb 3-0 win in the semi-finals of the League Cup last weekend.

The Hoops have not been up to their usual high standards for the majority of this season and are third in the Premiership table as a result.

Brendan Rodgers’ men are six points behind leaders Hearts, but they do have a game in hand over their rivals and results have begun to turn in their favour in recent weeks.

The champions reached a fifth consecutive final under Rodgers when they beat the Jambos at BT Murrayfield on Sunday in the League Cup last four.

They will now take on Aberdeen on 2 December in the showpiece as they bid to move a step towards a treble-treble.

While some have doubted their chances of another treble-winning season following their sluggish start, Lustig says the Bhoys are starting to settle into a rhythm.

He told the Belfast Telegraph: “We feel really comfortable when we come to play at Hampden and now Murrayfield in semi-finals and finals. We know we are always going to put on a great show.

“The confidence is starting to come back, the way we want to play football, the last few domestic games we have scored a lot of goals and got a clean sheet as well.

“Football is a lot about confidence. When you don’t have confidence, you may struggle a little bit.

“But after the game against St Johnstone we are finally starting to score goals and put pressure on opponents, we start to feel that this is how we want to play football. And ever since we have been good.”

Rodgers’ troops take on Dundee on Wednesday and Celtic to win 3-0 is now priced at 8.50 with Dafabet’s price boosts.