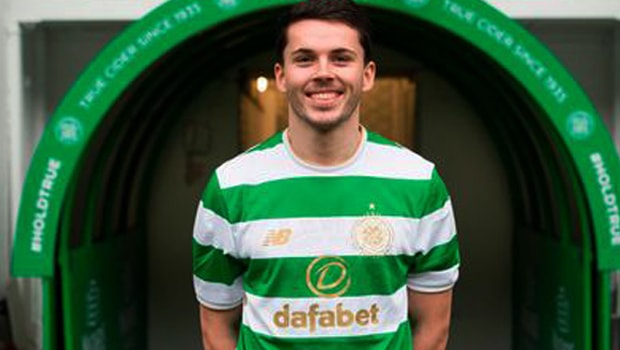 Lewis Morgan admits once he learned of Celtic’s interest there was only ever one club he was going to join.

The Scotland under-21 international put pen to paper on a four-and-a-half year contract at Parkhead after joining the club for a reported £300,000 earlier in the transfer window, although he will spend the remainder of the current campaign on-loan at his former club St Mirren.

Celtic were not the only side interested in signing Morgan, as Championship outfit Nottingham Forest were also reportedly keen on his services until their former manager Mark Warburton left the club on New Year’s Eve.

Morgan insists Warburton’s departure from the City Ground had no influence on his decision to turn down the opportunity to move to England, as he insists he was only ever going to join Celtic once he learned of the Glasgow giants’ interest.

“By the time he was sacked, I had already informed Forest this was where I wanted to come.

“As soon as I knew Celtic were interested that was game over.”

Morgan, who has netted nine goals in 21 Scottish Championship appearances for St Mirren to date this season, will be hoping to force his way into the Celtic first-team when he joins up with the Bhoys during the summer.

Celtic could have won three major trophies by then, as they are currently eight points clear at the top of the Scottish Premiership standings, while they are through to the knockout stages of the Europa League and will take on Brechin in the Scottish Cup fourth round later this month.