Pep Guardiola: We have to produce the goods 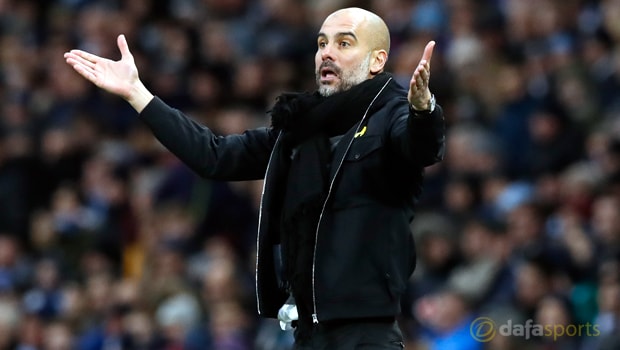 Manchester City coach Pep Guardiola insists his side need to win silverware this season as they try to become a “big club” in Europe.

The Citizens have dominated their rivals in the Premier League this season and they lead the division by 15 points after 22 games.

Guardiola has managed to get the best out of Sergio Aguero, Gabriel Jesus, Raheem Sterling, Kevin De Bruyne, David Silva and Leroy Sane and they have helped City challenge on four fronts this season.

City are through to the semi-finals of the Carabao Cup and they will need to get past Bristol City over two legs to confirm their place at Wembley.

They beat Burnley 4-1 in the third round of the FA Cup on Saturday and they also booked their place in the knockout stages of the Champions League.

The Citizens will face Basel in February but Guardiola has urged his troops to get the job done and start to win trophies, starting with the EFL Cup.

He told reporters: “A win helps to win more, then we are there, going to go to London to play the final. “It’s important (to win trophies).

To become a big club like the teams I have faced, or teams like (Manchester) United or Liverpool, with a really big history, you have to win.

“Nobody can take away what we have lifted so far – the pleasures from this team of the last three or four months, they belong to us.

In the process, when you live in good moments, I say to the players, ‘Enjoy it’. It is so complicated it may not happen again.

“But after, of course, to give real value to what we have done so far, what we are going to do in the future, you have to lift the titles. Without that, it’s OK, it’s good, but not enough.”

City are 1.53 favourites to win the EFL Cup, while Chelsea are available at odds of 3.80.