Leigh Griffiths relieved to be through ‘dark times’ 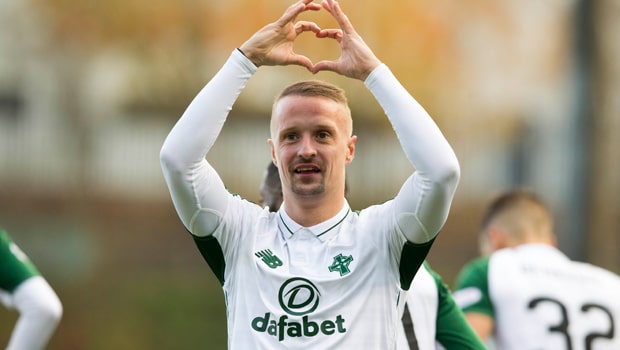 Leigh Griffiths sprung from the Celtic bench to score the final goal in a 3-0 win at Hamilton on Saturday, ending his injury woes as he did.

The Hoops forward has endured a testing two months on the treatment table, with an illness hindering his recovery.

Griffiths also had to deal with rumours of a fallout between himself and Parkhead boss Brendan Rodgers during his time on the sidelines.

The Scotland forward was therefore relieved to get back doing what he does best, netting with almost his first touch after entering the fray at New Douglas Park.

“It has been a frustrating five, six weeks for me in which I have been trying to build myself back up to full fitness. To come back and score like that was great,” he said. “It was dark times.

There was a lot of frustration going into it. But you just have to get on with it, you have to do your rehab properly.

It didn’t help that I was ill for 10 days – that took up a chunk of my recovery time. But no, it was good to be back in the team and hopefully I’ll be back firing on all cylinders.”

A calf problem was the initial problem that sidelined him but he admits that the time recovering was put to good use in terms of working on his general fitness.

“Speaking with the management and the sports science staff there is no secret that I was a bit heavier looking, but over the course of the six weeks I have managed to drop a lot of the weight and I feel a lot sharper,” he added.

“If I can continue working hard on the training pitch then when I get my chance I can take it.” Celtic are 1.73 to win at Rosenborg in the Europa League on Thursday.