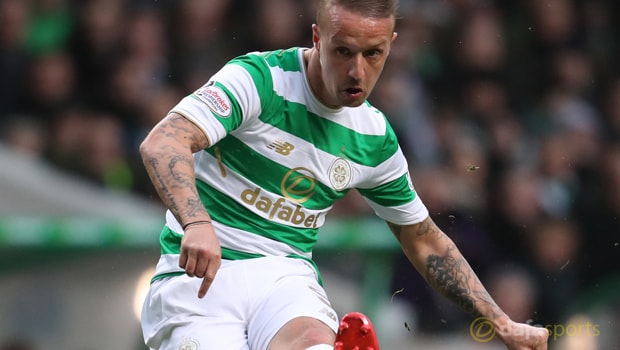 Leigh Griffiths has confirmed that talks have begun between his representatives and Celtic regarding a new contract.

The Scotland international has been with Celtic since joining from Wolverhampton Wanderers in 2014 and he has finished as the Bhoys top scorer in two of the last three seasons.

The 27-year-old has certainly established himself as a firm favourite at Parkhead and he has now confirmed that he is looking to sign a contract extension with the Glasgow club, even though his current deal does not expire until the summer of 2021.

“My representatives are working behind the scenes to try and get me a new deal,” said Griffiths.

“The talks are in the early stages just now but, hopefully, we can get it done sooner rather than later.”

Griffiths certainly has no intention of leaving Celtic as he is enjoying playing for the supporters and boss Brendan Rodgers, while the extra allure of regular Champions League football is also one that is enticing him to stay.

“I’ve got another three years left on my contract as it is, but why would you want to go anywhere else? I’m playing at a top club with a top manager, in front of up to 60,000 in every home game,” the forward added.

“There’s no reason to go anywhere else. We’ve got Champions League football every season.

It’s harder for us to get to the group stage now but when we do, those are memorable nights.”

Celtic are next in action when they visit Hamilton in the Scottish Premiership on Sunday and Griffiths is priced at 1.60 to score anytime during that contest.