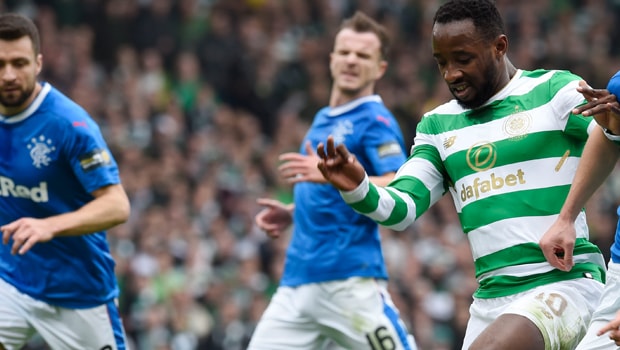 Brendan Rodgers is delighted with Moussa Dembele’s shape after he returned to the club for pre-season and the Celtic manager believes the forward will produce his best this season.

France Under-21 international Dembele is set to embark on his third season at Parkhead and his time in Scotland has been impressive so far, with the forward a key part of the team that has won back-to-back domestic trebles.

The 21-year-old, who was subject of big interest from Premier League outfit Brighton in January, bagged 32 goals in all competition in his debut campaign before finding the back of the net 16 times in an injury-hit season last time out.

If the Pontoise-born star can maintain his good scoring record for the Bhoys then it is likely he will be picked up by a club in England’s top flight, or even a team in one of Europe’s other elite leagues.

Dembele certainly appears to have returned for pre-season in top condition after shedding some weight and Rodgers knows it will be hard to keep hold of their prize asset if he keeps on performing well.

“Moussa had lost weight when he came back and looked really fit and strong,” he said.

“What I know with Moussa is that nothing affects him, really. I think there was a little period in my time but, apart from that, he’s been absolutely brilliant. Moussa is really focused and he’s a good boy.

“He knows it will come for him at some point and that there is nothing he can do other than work hard in training and play well in games.

He’s done that for the majority of time I’ve been at the club. He can only play well, work hard and see what happens.”

Celtic are heavy 1.08 favourites to retain their league title next season, while Rangers are 9.00 to claim the spoils.