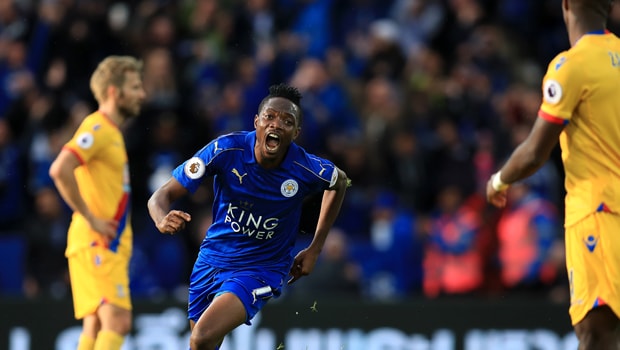 Ahmed Musa could yet stay at the King Power Stadium this summer following reports claiming Leicester City are making frenetic moves to keep the forward at the club.

Musa made the move from CSKA Moscow in the summer of 2016 for a then club-record £16.6million and much was expected due to his impressive form shown in Russia.

However, the 25-year-old struggled to cement a regular first-team place and only made seven Premier League starts during his debut campaign.

After slipping down the pecking order, the forward rejoined CSKA on loan for the second half of last season and enjoyed his time back at the VEB Arena, scoring six goals from 10 league outings.

Many reports claimed a summer exit was on the cards after Musa’s two-goal showing for Nigeria at the 2018 World Cup in Russia caught the attention of several clubs across Europe.

Galatasaray and Marseille plus English sides Huddersfield, Brighton, Fulham and Wolverhampton Wanderers have all been credited with an interest for the Jos-born star.

However, with Riyad Mahrez set to leave the Foxes to join reigning English champions Manchester City, manager Claude Puel is ready to give Musa the chance to fill the gap that will be left by the Algerian.

It is claimed talks between the player and the club will commence in the coming days.

Leicester begin their 2018-19 Premier League campaign away at Manchester United on August 11 and the visitors are 9.00 outsiders to pick up the win.