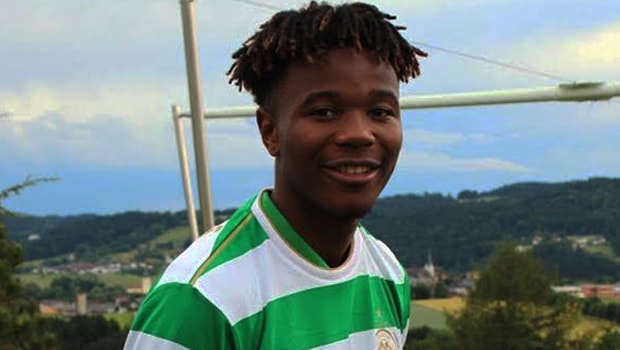 Kundai Benyu says he is happy that Brendan Rodgers has decided not to allow him leave Celtic on loan this summer, believing he can instead push for inclusion in the Hoops’ first team.

The English teenager was signed from Ipswich Town this month and it was initially expected that he would be allowed to go out on loan, at least for the first half of next season, in an attempt to gain experience.

Rodgers is believed to have been impressed with Benyu in training and he is now happy to keep the youngster in Glasgow, affording him the chance to make an impact.

Having started for a youthful Celtic team in Saturday’s friendly defeat against Lyon in Glasgow, Benyu is feeling upbeat.

“I knew I would be involved, but I didn’t expect to start really. I was happy to start and play 70 minutes which was good for my fitness,” he told the Celtic website.

“I wasn’t sure if I was going to go on loan, but I came in here and worked as hard as I can so I’m happy to stay and fight for my place.

“I would much rather be settled here in Glasgow with the boys, playing week in, week out in the league, so I’m happy to do that.”

Highly-rated Benyu says there were options for him to join Premier League clubs in England and other Championship outfits, but he had no hesitation in making the switch to Scotland once Celtic were interested.

“There were other Premier League, Championship and League One clubs interested, but when I heard Celtic were interested, I said ‘yeah’.

It’s a very big step, but this is what I want to try and do in my career,” he added.

Celtic face Linfield in their Champions League qualifier second leg on Wednesday evening, a game the Hoops are 5.50 to win 4-0.