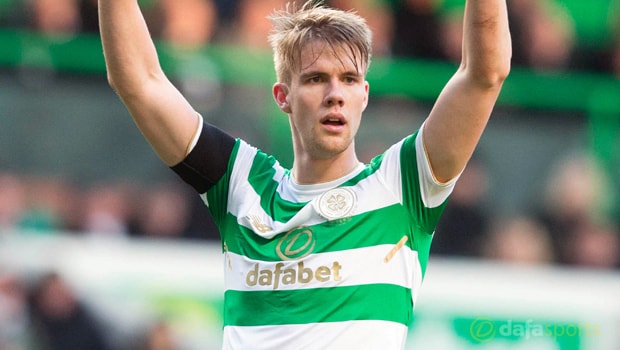 Teenage defender Kristoffer Ajer has credited Celtic boss Brendan Rodgers with being a huge influence on his developing career.

The Norwegian was signed by compatriot Ronny Deila before Rodgers took over in Glasgow but he is now emerging under the Northern Irishman.

Ajer was called into the Norway squad for this week’s friendly double-header against Australia and Albania and he was duly handed a start in Friday’s 4-1 win over the Socceroos.

Rodgers sent him out on loan to Kilmarnock last season for six months but the youngster has revealed the Parkhead boss took an incredible level of interest in how he was performing for the Rugby Park club, something that encouraged him there would be a chance to shine on his return to Celtic.

“He [Rodgers] is incredibly vigilant when it comes to his players,” said Ajer.

“When I was on loan at Kilmarnock I often got feedback and went to [Celtic’s] training centre to go through what I did in clips of matches.

“The information I received was crucial for me and gave me the indication that when I returned to Celtic I could get some playing time.

“He used to text me after matches about what I did well and what needed to be improved. The feedback Brendan Rodgers gave me was invaluable.”

The youngster credits the coaching staff at Celtic with fast-tracking his development, admitting he is pleasantly surprised to be in the international fold so quickly.

“I am very lucky to play for such a great club as Celtic with a fantastic manager and a great support team,” he said.

“Both Kolo Toure and John Kennedy have helped me a lot too.

“Certainly, I have developed faster that I would have thought.” Norway are 2.80 to win in Albania on Monday, with the home side 2.50 and the draw priced at 3.10.