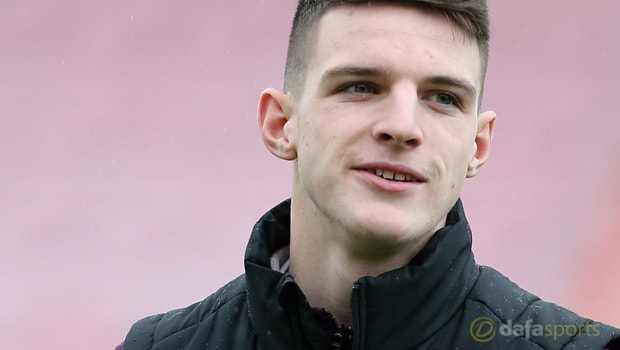 Declan Rice won the praise of both Republic of Ireland manager Martin O’Neill and captain Seamus Coleman after making his senior debut in a friendly defeat to Turkey.

The West Ham teenager delivered a man of the match performance despite his team going down by the only goal in Antalya.

Rice had been coveted by England boss Gareth Southgate but the London-born defender had few problems in committing to Ireland.

He admitted after the game in Turkey that he had a tear in his eye during the national anthem, with his father in the stand and memories of his grandparents in Cork in his mind.

It wasn’t a great night for manager O’Neill as he looks to start rebuilding following a humbling World Cup playoff loss to Denmark in November, but 19-year-old Rice was the undoubted plus point.

“He’s played left-sided centre-half for West Ham, his club, and at this minute I think he’s getting accustomed to a number of positions,” said the Ireland boss.

“I had no hesitation in putting him into the middle of the field. It was a man-of-the-match performance and I thought he was excellent for us.

Coleman too was left impressed. The Everton full-back was making his first Irish appearance since breaking his leg against Wales in Dublin over a year ago. He felt the youngster was leading by example in his first taste of international football.

“We’re disappointed to have lost but I thought Declan was brilliant,” said Coleman.

“He wasn’t just brilliant today, he’s been brilliant all week in training. “He’s a great lad, desperate to do well and a few of us could have taken a leaf out of his book.”

West Ham are 2.88 to beat Southampton next weekend at the London Stadium. The struggling Saints are 2.60 while the draw is 3.20.