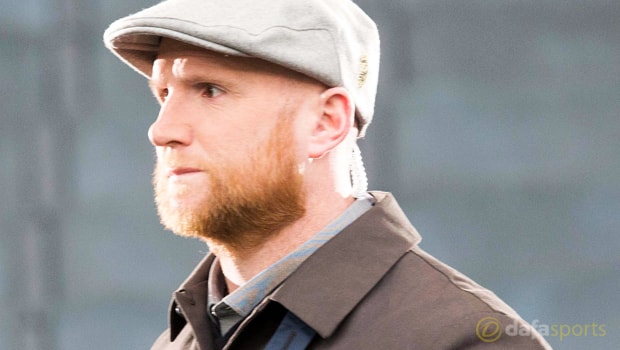 John Hartson has warned his former side Celtic that they will be facing a Rangers team determined to dent their treble hopes on Sunday.

The Old Firm rivals meet at Hampden in the Scottish Cup semi-finals and, having already wrapped up the title and league cup, the Bhoys are aiming to take another step towards completing the set.

However, they were beaten by Rangers at this stage last season and following a mixed return to the top flight, the Gers will be keen to show they can still cut it with their neighbours.

Hartson spent five years at Parkhead with plenty of success, although he was unable to win the treble due to the fierce rivalry between themselves and Rangers.

Despite the current 33-point gap between the teams in the table, the Welshman believes the chance to end Celtic’s treble hopes will provide the perfect motivation for the Ibrox players heading into Sunday’s clash at Hampden.

“The fact is that trebles are very difficult to do historically. Celtic have only done three, although Rangers have done a few more,” he is quoted as saying by the Glasgow Evening Times.

“But when you think of it, there should have been more down through the years.

“Even if Celtic come through this they still have to get to the final but Rangers will be thinking that they can put a dent in Celtic’s treble opportunity.

They will feel that they are the team to stop Celtic doing the treble.”