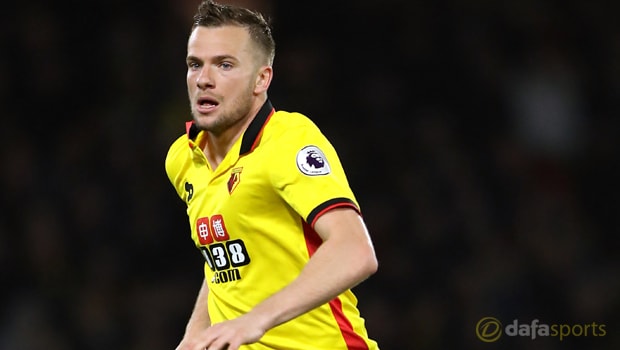 Tom Cleverley has warned Hull that Watford will be no pushovers when they meet on Saturday in the Premier League.

The 17th-placed Tigers are in desperate need of the points while, in contrast, three wins from their last four outings have helped the Hornets secure their top-flight status.

Watford’s situation has led to suggestions they may not be at the races on Saturday, against a side who have won five of their last six at the KCOM, but Cleverley insists this will not be the case.

Walter Mazzarri’s men currently sit 10th in the table and are determined to seal a top-half finish after what has been an inconsistent campaign to date.

The midfielder’s form has been key to their recent upturn and, having joined the club on loan for a second time January, has now made his move from Everton permanent.

Speaking ahead of the game, the 27-year-old has promised his side will not lack for motivation on Humberside and is confident they can claim the points.

“We’re going into the game on the back of three wins in the last four and we’re high on confidence,” Cleverley told Talksport.

“We’ll be looking to spoil that record. As a group of players we can honestly say that they will not want it more than us on the day. We’ll be fighting for it as much as they will.

“We’ve shown this year that we can look at a top ten finish. It’s on the cards this year, we’re not getting carried away though.”