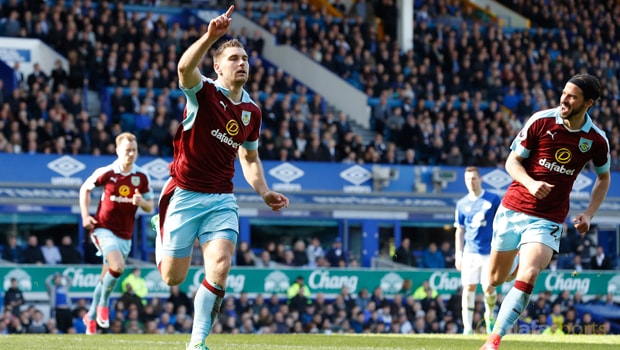 Sam Vokes says Burnley will not be afraid to take the game to Manchester United when the pair meet on Sunday at Turf Moor.

The Clarets head into the match aiming for an 11th home win of the campaign and the victory that would likely seal their top flight status for next term.

Sean Dyche’s men are yet to win on the road this season but Vokes says it was always their intention to make Turf Moor a “fortress” and they have certainly succeeded.

They also have a good record against the Red Devils during the Premier League era, remaining unbeaten in both of their meetings in East Lancashire.

United are currently chasing a top-four spot and will be desperate to succeed where the likes of Liverpool and Chelsea have failed by claiming all three points.

Having battled to a 0-0 draw earlier in the campaign at Old Trafford, it promises to be another cagey affair and Vokes insists his side will not be taking any backwards steps.

The Welshman is confident his side can get a result against the Red Devils, admitting they always fancy themselves in front of their home crowd.

“We’ve got a lot of confidence at Turf Moor. We know what we’re about and we’ll take the game to them as we do every week,” Vokes said.

“We got a great point against them earlier in the season and stuck to our jobs there and there’s no reason we can’t do that this weekend.

“We wanted to make Turf Moor a fortress at the start of the season and I think we’ve done that. If we can do that on Sunday as well it will be great.”