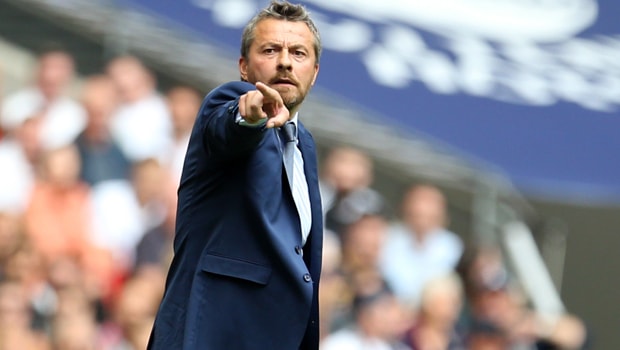 Fulham manager Slavisa Jokanovic says that it will take time to see the best from his new-look side.

It has been a baptism of fire for the newly promoted team to the Premier League, losing at home to Crystal Palace and away to Tottenham.

However, mitigation comes in the fact that it is a very different Fulham side to the one that competed in the Championship last season.

There were eight debutants playing against Palace, while the Spurs defeat saw first starts for Andre-Frank Zambo Anguissa and Timothy Fosu-Mensah.

Only four players; Tom Cairney, Aleksandar Mitrovic, Aboubakar Kamara and Ryan Sessegnon were in the side that beat Aston Villa in the play-off final at Wembley to win promotion.

Therefore it is virtually a new team and Jokanovic admits it will take time for the players to gel.

He said: “Spurs play together for three years, and to be honest, they play very well before too.

“It will depend on the time, the quality and the situation. I have new players, they show they are a more quality team than us. I must manage my situation and my team and take care with my players.

“I don’t want to criticise them, they have to fight with themselves and interpret and understand what is a new situation around them.”

Despite the two defeats to kick off the new season, there have been spells in both games where the Cottagers were dominant and there were encouraging signs at Wembley at the weekend with Fulham producing some good football, rewarded by Mitrovic grabbing a deserved equaliser though Spurs ran out winners in the end.

Fulham’s next match is at home to Burnley on Sunday and they are 2.05 to gain their first win of the season.

Burnley are 3.75 with the draw 3.40. The Cottagers are 3.25 to finish ahead of the other two promoted clubs this season.