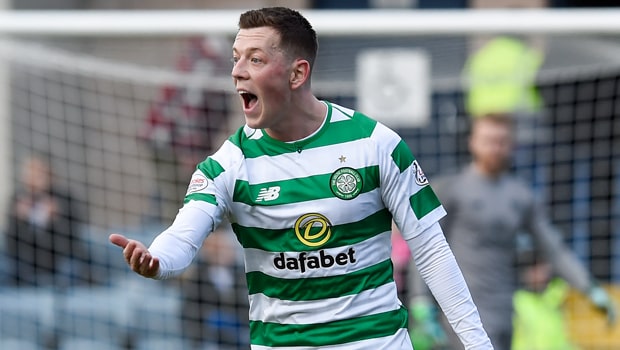 The Scotland international was integrated into the Celtic first team when Collins was assistant manager under Ronny Deila some five years ago.

After initial teething problems, McGregor has firmly established himself as a vital cog in Celtic’s treble treble-winning wheel, as well as the Scotland national team.

Former Hoops boss Brendan Rodgers is apparently targeting a Parkhead raid for McGregor this summer, though the £10million offer touted to be coming from Leicester City will be viewed as insufficient in Glasgow.

Collins has no doubt that McGregor would fit right in at a team like Leicester, should he have any desire to move on.

“Of course he is [good enough]. Without a shadow of a doubt, not a probable at all. Callum McGregor could play in any company,” said Collins.

“He is a football player who can control and pass the ball, has good stamina, is intelligent, very rarely gives the ball away, penetrates with a killer pass.

“The physicality would not be a problem, but he would need to be in a team that plays football. He has got a first touch as good as anybody in England. His first touch is sensational.”

Collins insists he gave Rodgers a heads-up on McGregor’s attributes when the latter was considering taking the manager’s job three years ago.

“I told Brendan he would enjoy working with Callum and he was a fixture in Brendan’s team. He scores goals, he makes goals, he works hard for the team,” added the ex-Scotland international.