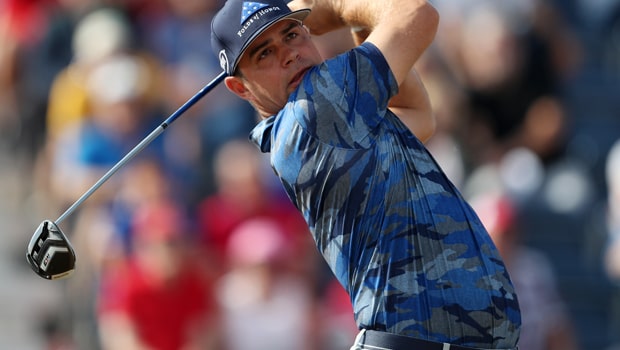 Gary Woodland delivered a composed and assured display to hold off the challenge of Brooks Koepka in the final round and win the US Open at Pebble Beach.

The American pair topped the leaderboard as England’s Justin Rose fell back on Sunday in California.

Woodland, who led by one from Rose starting the final round, was asked the tough questions by Koepka after he made four birdies in his first five holes to ignite his bid for a third successive US Open crown.

That feat has not been achieved in over 100 years, and, in the end, Koepka had to settle for second spot.

He failed to nail birdie putts on the final two greens, while Woodland majestically saved par on the penultimate hole with a delicate chip before a measure three-shot approach to the final green yielded a closing birdie to post victory in some style.

That was enough for a 13-under par winning total, three clear of Koepka in second spot. Xander Schauffele, Jon Rahm, Chez Reavie and Rose all shared third spot back on seven-under par while Adam Scott and Louis Oosthuizen were next in line.

Rory McIlroy (-5) held onto a top-10 finished despite a ragged final round of 72 while Tiger Woods recovered from bogeying four of his first six holes on Sunday to card an impressive two-under par 69.

Having previously held the 54-hole lead in PGA Tour events seven times and failed to win, Woodland felt mental resolve was behind his Pebble glory.

“I think from a mental standpoint I was as good as I’ve ever been,” Woodland said.

Woodland can be backed at 51.00 to win The Open next month, with Koepka favourite at 8.00 to win in Royal Portrush.