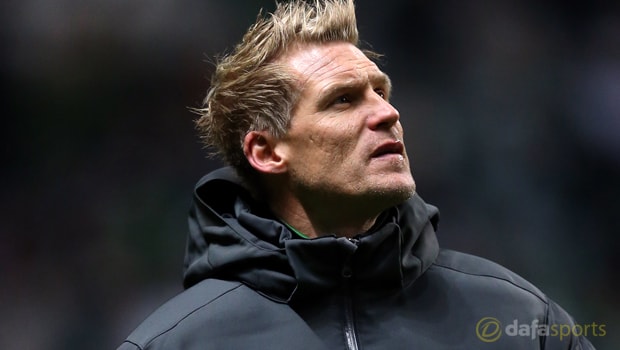 Johan Mjallby has backed the current crop of Celtic stars to complete the domestic treble this season.

The Swede was part of the last Bhoys side to collect all three domestic trophies during the 2000-01 campaign, with that trio contributing to the seven winner’s medals he won during his six-year playing spell at Parkhead.

Mjallby also spent time on the club’s coaching staff alongside Neil Lennon and retains a strong affection for the Glasgow giants.

Celtic are due to face old rivals Rangers on Sunday in the semi-finals of the Scottish Cup and are 1.40 to win the game, with the draw 4.75 and the Gers 6.50.

Having already wrapped up the League Cup and the domestic title, a treble looks firmly on the cards for Brendan Rodgers’ side, who are also unbeaten domestically so far this term.

Mjallby admits he has been impressed by what he has seen from his former club this season and sees no reason why they cannot go on to claim the treble.

“They probably deserve it, but it is another two games where they have to be 110 per cent focused,” said Mjallby.

“After the form they have shown this season and the players they have at their disposal and obviously a very good manager, I have to say they are big favourites to go all the way and win the treble.

“They have to do all the good things they have done during the season and not complicate things.

“You have to play the football and right now that is probably going to be enough to win the treble, but there is still a very tricky game at the weekend.”