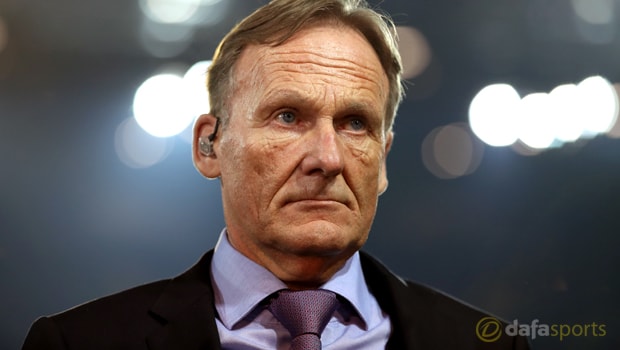 Borussia Dortmund CEO Hans-Joachim Watzke has backed his side to produce another “superhuman” effort when they face Monaco on Wednesday.

The pair meet at the Stade Louis II in the second leg of their Champions League quarter-final with Les Rouges et Blancs leading 3-2 from the opening game in Germany.

However, last Wednesday’s game at the Westfalenstadion was played under difficult circumstances, having been postponed from the previous evening after the Dortmund bus was targeted by three explosions while the team were travelling to the stadium.

Fortunately, only defender Marc Bartra was injured as he damaged a hand but his team-mates were understandably affected by the incident and struggled to find their rhythm in the first leg.

After beating Eintracht Frankfurt 3-1 on Saturday, they will be hoping for a similar result in the principality in what promises to be a hugely entertaining affair between two of Europe’s most exciting sides.

Dortmund have plenty of European pedigree having last reached the final of the tournament in 2013, while they also lifted the trophy in 1997.

Such exploits this season may be beyond Thomas Tuchel’s men but it will not be without trying and they certainly have the talent to take the game to Monaco.

Watzke admits his players deserve plenty of credit for the way they handled themselves following last week’s incident and says they should take inspiration from that performance heading into the second leg against Leonardo Jardim’s men.

“We are no dreamers. We know that our chance is slim but it is still there,” Watzke told reporters.

“The team has delivered an almost superhuman effort. We can draw strength from that.”