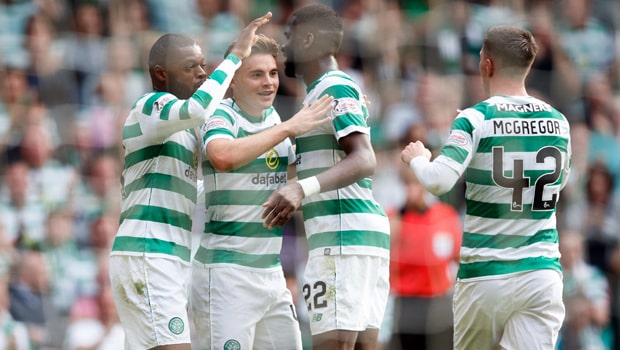 James Forrest feels Celtic can chase a European spot beyond Christmas as they prepare to face Red Bull Salzburg on Thursday night in their second Europa League outing.

The Parkhead side needed a late winner from Leigh Griffiths to see off Rosenborg on home soil on matchday one.

They head for Austria to take on a Salzburg side also victorious in their opening game, taking three points from Leipzig after a 3-2 win in Germany.

Securing a top-two finish in Group B is the key aim for Celtic, with European football in the new year among their ambitions.

“The manager has said we want to be in Europe after Christmas, especially after the disappointment of going out of the Champions League,” Forrest said.

“We are in a very hard group in the Europa League. We have already beaten Rosenborg after a hard night when the fans were unbelievable. We are looking forward to this campaign and the ultimate aim is to still be in Europe after Christmas.”

Salzburg have enjoyed an impressive start to their season. They are top of the league in Austria and unbeaten so far since their season kicked off.

They were denied a Champions League spot on away goals and Forrest anticipates a tough test on Thursday.

“We played them four years ago in Europe but I think they’ve changed about half of their team from back then,” added Forrest.

“We will start looking into them more over the next couple of days. Any game in Europe is tough and this is definitely going to be a tough game.”