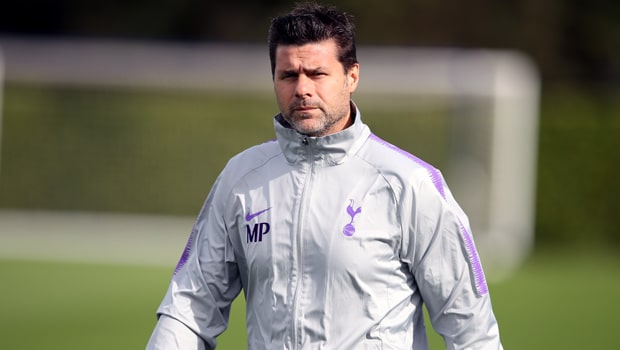 Mauricio Pochettino has urged injury-hit Tottenham to turn up with a smile on their faces when they face Barcelona in the Champions League at Wembley on Wednesday evening.

After losing their opening group game against Inter Milan in the San Siro, conceding two late goals to throw away a winning position, Spurs go into the game under pressure.

They are without five first-team regulars in Jan Vertonghen, Mousa Dembele, Christian Eriksen, Dele Alli and Serge Aurier, though skipper Hugo Lloris is set to return between the posts.

Pochettino wants his team to relish facing the Catalan giants in front of a big crowd at Wembley.

“It’s about enjoying the game and the best player in the world in (Lionel) Messi,” he said.

“Football is not a drama but always it’s about being focused, competitive and enjoying playing against the best player in the world.

“Be optimistic and be happy and smile when you go on the pitch. Don’t be too serious.”

Last season Tottenham enjoyed a memorable 3-1 win over would-be European champions Real Madrid at Wembley en route to booking their place in the last-16 and Pochettino is urging his team to face the challenge of Messi and company full on.

He does, however, accept that his mercurial compatriot is more than capable of ripping them to shreds, if he allowed too much time and space.

“It’s very clear, very simple, we need to be near him [Messi] when he gets the ball,” he added.

“If we leave him space he will get away from his marker. What we need is to have players helping each other. We need to demand sacrifice and they will expend a lot of energy.”