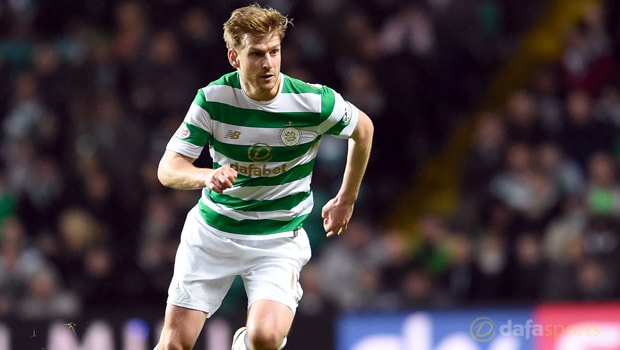 Stuart Armstrong is relieved to be back to full fitness and is ready to do his bit as Celtic head into the final push in their bid for back-to-back domestic trebles.

Brendan Rodgers’ side defeated Motherwell in the League Cup final in November and next month they’ll square off against Rangers for a place in the Scottish Cup decider.

They’ll also return from the international break this weekend with a 10-point lead over Graeme Murty’s team in the league, ensuring a seventh straight title looks to be imminent.

Armstrong hasn’t started a game for Celtic since a 0-0 draw with Rangers in December, having overcome a hernia problem in between times.

He came off the bench in the 3-2 win at Ibrox this month and is raring to go for the crucial final weeks of the campaign.

“I’m feeling good and really looking forward to being involved in the big games between now and the end of the season,” he said.

“It was difficult because it had [the hernia] been bothering me for a fair length of time and, obviously, it was a situation which needed to be resolved – it wasn’t something which I could keep putting off.

There’s no doubt that it was beginning to affect me.

“So I’m just glad that I was able to finally get it sorted, even though it did take a little longer for me to recover from the surgery than, ideally, I would have liked. But I’m back now and I’m ready to go again.”

Celtic are 6.50 to beat Ross County 3-0 at Parkhead on Saturday.