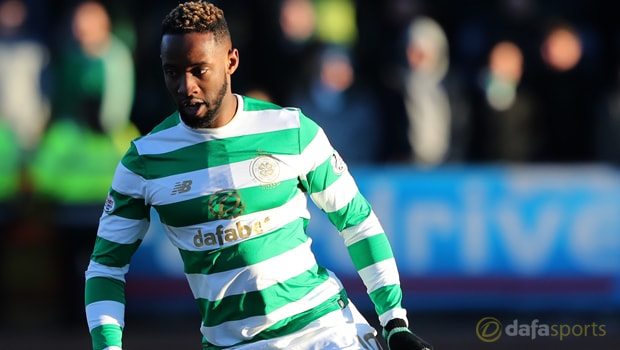 Brendan Rodgers is content that Celtic are “in control” of the situation regarding Moussa Dembele’s future.

The French striker is being widely tipped to leave Glasgow during this transfer window, with Brighton apparently leading a clutch of English Premier League clubs keen on his services.

Dembele’s laboured exit from the field on Saturday in the scoreless draw with Rangers, coupled with the fact he went straight up the tunnel to shower and change, invited further speculation that he may have played in the Hoops for the last time.

Rodgers, though, says he isn’t concerned by the speculation linking Dembele with the exit door. “There’s always speculation,” he said.

“With Moussa we are getting to that stage where there will be a different team every day. “That’s the way it is.

If you look at the Premier League though, their window has changed in the summer and it will close early.

That puts them under pressure so they are on the lookout for players, depending on how their teams are doing.

“There will be a sense of urgency. For us, we are pretty much in control.”

Rodgers has already added 32-year-old central defender Marvin Compper to his ranks and further additions are anticipated this month.

The Celtic boss expects to come out the other side with a stronger hand to play.

“It’s about whether the right players are available but we definitely want to strengthen,” he added.

“One or two might move on, in terms of players who need games. But I’d anticipate us to be stronger in January.”

Celtic are 2.60 to win their Europa League last-32 first leg at home to Zenit St Petersburg next month, while they are 101.00 win the competition outright this season.