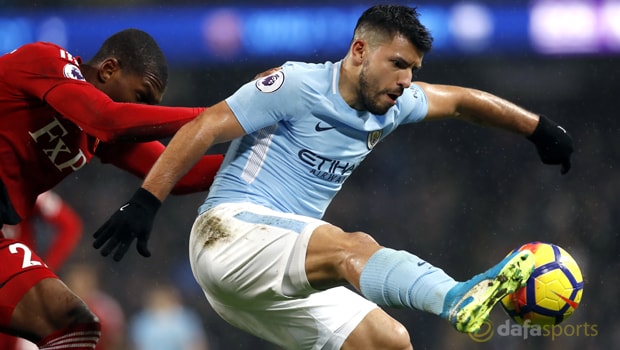 Sergio Aguero says he “would prefer” to win the Champions League with Manchester City this season over the Premier League title.

The Argentine, now the club’s all-time leading goalscorer, has won the title twice already in his seven-year stint at the Etihad Stadium.

Aguero netted in a 3-1 win over Watford on Tuesday that ensures Pep Guardiola’s team are sitting on a 15-point lead over neighbours Manchester United in second spot.

Their record-breaking winning sequence ended at 18 when they were held to a scoreless draw by Crystal Palace on New Year’s Eve, but Aguero still recognised a good month for the champions-elect.

However, given the choice, he would take Champions League glory over a third Premier League medal. “The most important thing is to win points in December,” he told reporters.

“I would prefer to win the Champions League over the league because it’s something City haven’t won yet.”

Meanwhile, Aguero, 29, insists he would like to stay at Manchester City until his contract expires in 2020, but says the club will make that decision for him.

“Obviously my plan is not to change clubs,” he added.

“The truth is I’m very happy here, but as always, as I said before, the club has the last word.

“They’re the only ones who decide because obviously the club is the one who makes the decisions, they are the ones who say you have to go or have to stay so I’ll respect whatever they tell me.”

Manchester City are 3.75 favourites to win the Champions League this season while Aguero is 34.00 to finish as the competition’s leading goalscorer.