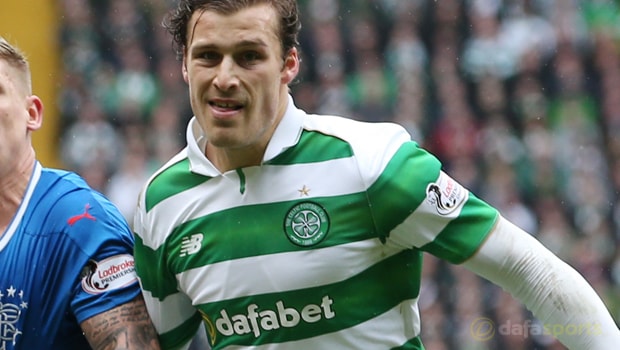 Defender Erik Sviatchenko has paid tribute to the club’s fans after he left Celtic to return to Danish club Midtjylland.

Sviatchenko joined Celtic in 2016 from the Danish giants and went on to make 42 Scottish Premiership appearances.

However, he dropped down the pecking order under coach Brendan Rodgers and the former Swansea coach allowed him to join his former side on loan last season.

After talks about his future, Sviatchenko has now sealed a permanent switch back to Midtjylland.

He paid tribute to the club’s fans on Monday and thanked them for their support in what has been a successful spell in Glasgow.

“I have given my heart and soul and I’ve felt the same towards me from all of the supporters,” he wrote on Twitter.

“I am forever grateful to the club for giving me some of my biggest experiences as a football player.

Thankful for giving me my first experience abroad. The highs have been amazing and unforgettable.

“I will be able to reflect upon two years with pride and admiration. I am an ‘Invincible’ and I did it with some amazing team-mates, coaches, staff and the world’s best fans.

“I have won many trophies and been a member of one of the most iconic clubs.

Celtic Football Club isn’t just a club. It’s a family and one that I’m utterly proud to be a part of and to have contributed to.”

With Sviatchenko now out the door, Rodgers is looking at incoming signings and Hibernian midfielder John McGinn is top of his list.

Rangers are also tracking his situation but the Hoops remain favourites to sign him this summer.