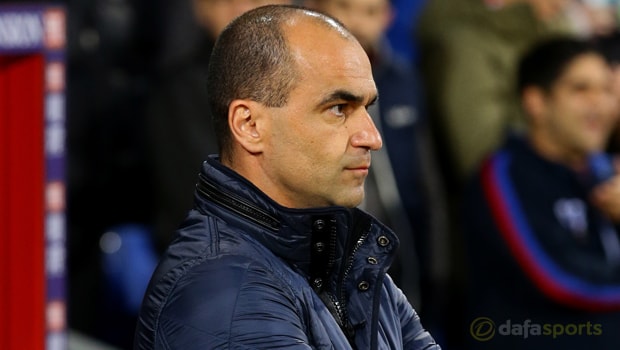 Belgium boss Roberto Martinez admits he will do everything he can to give Romelu Lukaku and Thomas Vermaelen time to prove they are fit ahead of the World Cup this summer.

Both players were named in Martinez’s 28-man squad for the tournament in Russia despite carrying injuries.

Manchester United striker Lukaku has been struggling with an injury while Barcelona man Vermaelen continues to battle fitness woes.

Martinez has until June 4 to cut his squad down to 23 but the former Everton coach insists he needs to give them time due to their importance to the squad.

He told reporters: “We have to use the rules to our advantage. We are going to be preparing for Portugal, the European champions, and then on June 4 we will announce the final list of 23 players.

“This week we will work with every player individually to give them the best possible chance to be involved in the 23-man squad.

Then as a group we will start the preparation we need to do with the group going to Russia.

“The idea was always to try to reduce the group to 23 from day one, but now that has changed because of the needs of certain players to give them an extra period of time to prove their fitness.

“At the moment we are open-minded with the 28 players, we will work in the same manner with everyone and then make the decision just after the Portugal game.

“I think that is the best way to do it from out point of view in the circumstances we have.”

Belgium will face off against Panama, Tunisia and England during the World Cup and they are 12.00 to lift the trophy.