Elyounoussi impressed with the atmosphere at the Club

Posted by Olumide Akinnifesi on October 14, 2019 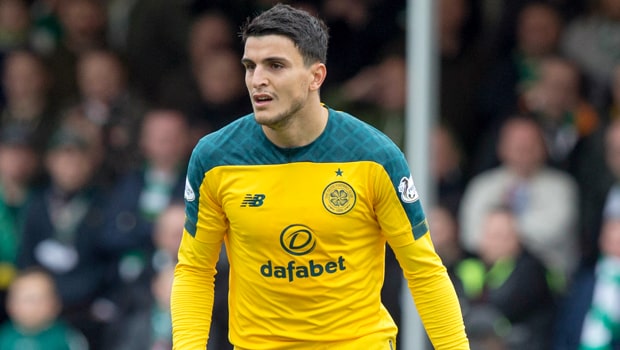 Celtic winger Mohamed Elyounoussi may have played at the biggest stage at the Champions League and in the Premier League. But he has never been impressed like the atmosphere he witnessed against Cluj in their recent Europa league match.

The Cluj game has been the highlight of Elyounoussi’s wonderful time at Celtic so far. He scored the first goal for the Club in the 2-0 win.

The atmosphere he witnessed at the Celtic park much impressed him, and he claimed he was so happy to experience such. And he is hoping to see more. He said, ” Before the start of the match, while warming up for the game, I saw the huge Celtic fans with a lot of jeers and noise waving to me from the stands, and I waved back. I felt so much joy, and I was determined to put in a good shift for that night.” Celtic is a great club with a lot of good history. I want to give more to this Club and pay them in return with excellent performances”.

“I have played in the Champions League and Premier League, but It’s incomparable to the atmosphere I saw at Celtic Park, I have to admit that honestly.”

This is a good hype indeed from a player who has played in some big stadiums in England and Europe. However, it has been established that Celtic is a beautiful place, and this has made Elyounoussi fall under the spell of a specialty stadium.

Though, he is only on loan from Southampton until the end of the season. He joined the Saints for £16m from Basel in 2018 failed to nail down a starting spot in the team.

However, maybe the atmosphere he has witnessed at Celtic will make his stay, but that depends on Celtic and Southampton to decide if he will move to Celtic park permanently.

Celtic will take on Lazio in their next Europa League match. Celtic are backed at 2.68 to claim the win, while Lazio are priced at 2.57.