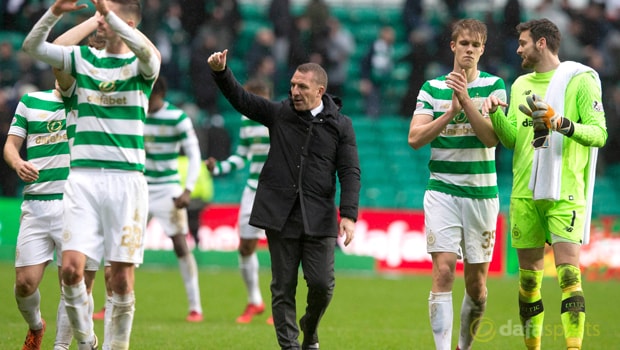 Celtic will return from their winter break in Dubai fully “recharged”, according to manager Brendan Rodgers.

The Hoops are in the Middle East while the Scottish Premiership is on lockdown.

They won’t return to domestic action until January 20 and Rodgers feels their time in Dubai is being well spent.

It is a working holiday, according to the Northern Irishman, and also a chance for the squad to gel ahead of the second half of the season.

“It’s been a really tough season up to the break and this gives us a chance to recharge and put some good coaching into the players, but also to give them a chance to connect again in great weather,” Rodgers told Celtic TV.

“We packed so much into the first part of the season so this gives us a chance to focus a lot on the principles of our game, and we will look to put that in place when we start back again.”

With an eight-point gap at the top of the Scottish Premiership, the League Cup retained and Europa League football to look forward to next month, Rodgers admits his team are well on track to achieving their season’s targets.

Last month, Celtic’s 69-game domestic unbeaten run was halted by Hearts, Rodgers’ first defeat in Scottish football, but he is happy with how they stand.

“We set some goals we wanted to achieve at the beginning of the season and thus far the players are in a brilliant position,” he added.

“We are eight points clear in the league, we qualified for the Champions League, we have European football after Christmas, and we have won the first domestic trophy on offer.”

Celtic are 2.60 to beat Zenit St Petersburg in their Europa League last-32 first leg in Glasgow next month while the Scottish champions are 101.00 to win the Europa League this season.