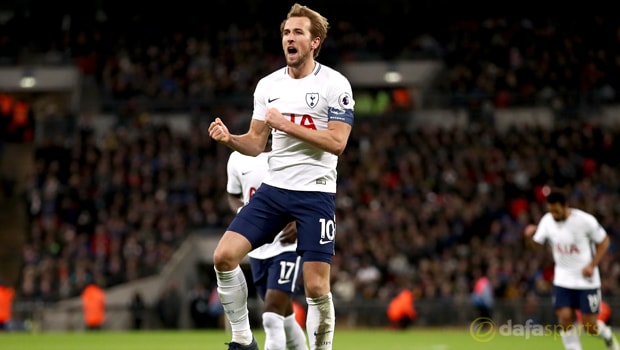 Harry Kane says Tottenham have suffered from playing at Wembley and expects that next season they’ll get a massive boost from returning to the new White Hart Lane.

The forward believes that Spurs’ new home is going to create an intimidating atmosphere for opposing teams, something he feels can get them back competing for titles.

The England frontman has also refuted any suggestions that runaway Premier League leaders Manchester City are ‘buying’ their success.

Tottenham’s woes at Wembley have been well documented and while acknowledging it has been less than ideal, Kane is eager to focus on the positives for the remainder of this season.

“From our point of view, it’s been a good season,” he said.

“We’d have liked to have done better, of course, but City have run away with it so far.

We have to focus on ourselves, but we’ve changed stadium which has had a big impact on everything.

“We can’t get too down about how our season’s been so far. We’re still in the Champions League and the FA Cup.

“We’ve just got to focus on that and look forward to next year in the new stadium. It’s going to be amazing.

The way it’s been designed, the atmosphere will be great. The crowd will be right on top of the pitch.

Being brand new and creating that atmosphere will make it tough for teams to come and play there.”

Manchester City have spent the best part of £400m since Pep Guardiola took over two years ago.

They were not able to mount a sustained title challenge last year, despite significant outlay, so Kane says it isn’t right to say they are buying the title now.

They’ve been the best team. But they spent similarly last year and it was us up there fighting with Chelsea [for the league title].

I don’t think it’s down to the money, but it helps from a squad point of view.”

Tottenham are 7.00 to lift the FA Cup this season while Mauricio Pochettino’s side are 26.00 for Champions League glory.