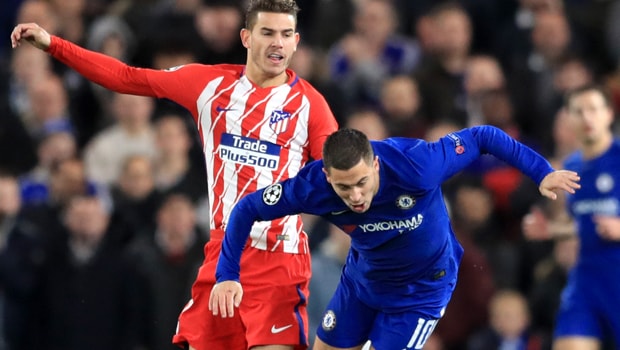 Atletico Madrid defender Lucas Hernandez says he is looking forward to an “exciting time for the club” after recently penning a new contract.

Hernandez has spent his entire senior career at Atletico and, after coming through the youth ranks, has managed to establish himself as a regular fixture in the first-team squad.

The 22-year-old has made 53 La Liga appearances since making his debut in 2014 with the bulk of those coming this past season, where he featured in 27 league matches.

He was included in France’s 2018 World Cup squad and the Marseille-born star, who was said to be attracting interest from a number of top European clubs, certainly appears to have a promising future ahead of him.

Los Rojiblancos certainly know his value to the team and they recently managed to tie the defender down to a new long-term deal that will run until the summer of 2024.

Hernandez, whose younger brother Theo joined Real Madrid last summer, says he is delighted to extend his stay and is hoping to play a big part in proceedings for years to come.

“This club has grown a lot since when I arrived,” he told Marca.

“It is a very exciting time for the club and the effort being put in for next season is really important – all the players feel this way.

“This club has given me everything and I am delighted to renew as this is what I have always wanted, from the youth teams to now my ambitions are the same.

Playing for this club is an honour and I hope I can show that with my displays on the pitch.”

Atletico are 15.00 to win La Liga next season, Real are priced at 2.25 whilst defending champions Barcelona are the 1.80 favourites.