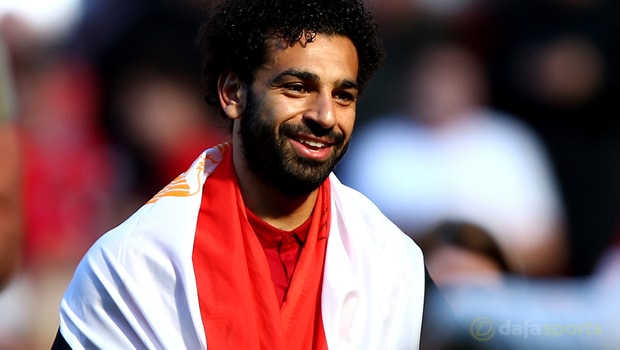 Liverpool forward Mohamed Salah has been named in Egypt’s 23-man squad for the 2018 World Cup in Russia despite currently being sidelined with a shoulder injury.

Salah enjoyed a sensational debut campaign for Liverpool after making the switch from Roma last summer, scoring 32 goals from 36 appearances to finish as the Premier League’s top goalscorer.

The 25-year-old also netted 11 times from 15 Champions League matches to help the Reds reach the European final in Kiev, where they were defeated 3-1 by defending champions Real Madrid.

It was in the loss to Los Blancos that the forward suffered a serious shoulder injury during a challenge with Sergio Ramos and there were huge doubts over his fitness ahead of the 2018 World Cup, which kicks off on June 14.

Following a medical examination, Egypt confirmed Salah should be fit enough to play some part in Russia and head coach Hector Cuper has now named Salah in his final 23-man squad.

Arsenal midfielder Mohamed Elneny, who suffered ankle ligament damage in a clash against West Ham in April, has also been included after recovering from injury while 45-year-old goalkeeper Essam El-Hadry makes the cut.

Egypt’s opening World Cup fixture is against Uruguay on June 15 and the Pharaohs are 6.50 outsiders to pick up the win, a draw is priced at 3.6 with La Celeste 1.62 favourites.