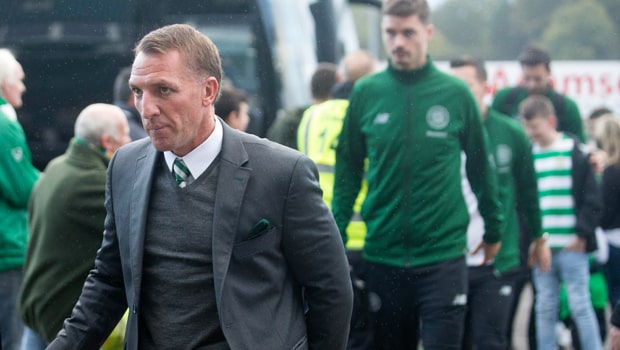 David Provan has ripped into Celtic and Brendan Rodgers, with the former Scotland international claiming the manager has given up on European football this season.

Having failed to qualify for the Champions League, Celtic dropped into the Europa League and they were drawn in Group B alongside Red Bull Salzburg, RB Leipzig and Rosenborg.

After a 1-0 victory over the Norwegian champions in the first round of fixtures, the Bhoys suffered back-to-back defeats in their next two matches and are sitting third in the table, three points off Leipzig in second.

Rodgers decided to ring the changes in the 2-0 loss to Leipzig on Thursday, with Cristian Gamboa, Eboue Kouassi, Lewis Morgan and Ryan Christie in the starting line-up.

The Northern Irishman’s decision to use so many inexperienced players has not gone down well with Provan, who claims the manager has forgotten about trying to go far in Europe this term.

He wrote in The Scottish Sun: “By choosing the team he did, he effectively conceded the tie before a ball was kicked.

Having forked out bundles to see the game, Hoops fans were entitled to a refund. “The idea this was a night for inexperienced youngsters is laughable.

It was an evening for every ounce of experience Rodgers could call on. By full-time only Craig Gordon stood between Celtic and a proper hiding.

“Brendan’s teamsheet on Thursday tells me that like his board of directors he’s given up on Europe. Having vowed to make Celtic a credible Champions League competitor, he’s clearly had a rethink.”

Celtic play host to Leipzig in their next European match on November 8 and the home side are 3.75 to pick up the win, a draw is priced at 3.80 whilst the visitors are 1.91 favourites.