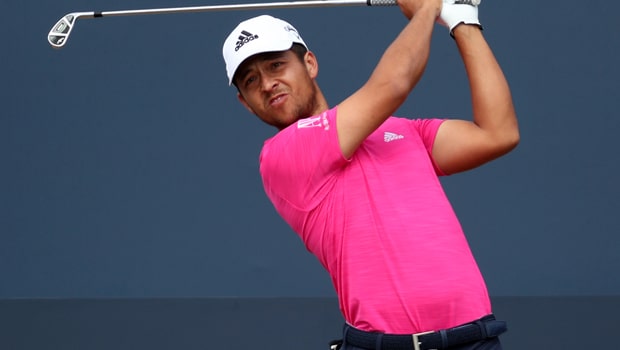 Xander Schauffele has expressed his delight after landing his maiden WGC title at the HSBC Champions with a tense play-off victory against fellow American Tony Finau.

Despite trailing Finau by three shots going into the final round at Sheshan International, Schauffele carded the lowest score of the day with a four-under-par 68 to move onto -14.

The 25-year-old birdied the final two holes to get to that mark and force a playoff with 2016 Puerto Rico Open champion Finau, who mixed four birdies with three bogeys for a one-under-par 71.

Schauffele managed to find the green in two on the first trip back up the last and with Finau having to lay up after finding a bunker off the tee, a birdie was enough to hand the Californian his first win of the year.

Reacting to his win, the world number 19 was quoted as saying by the European Tour’s official website: “I felt like I was playing great all day. We kept our heads down.

Even when I was signing my card I was like, ‘oh, wow, I actually went birdie-birdie to get in the play-off’.

“I was just in my own world out there. It means a lot, it was my birthday this week. To have my family out here, especially with the win, it’s really special.”

Defending champion Justin Rose ended up in third on -10, four shots off the pace, after going round in a level-par 72 whilst Kiradech Aphibarnrat and Andrew Putnam were a further two strokes back.