Damien Duff eager to help the Celtic ’cause’ 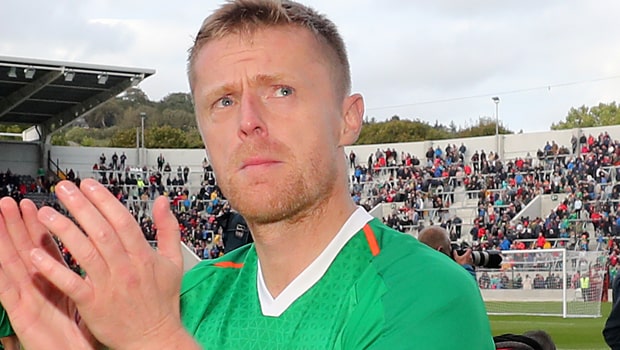 Damien Duff is eager to make the most of his quick ascent to the role of first-team coach at Celtic.

The former Republic of Ireland winger only joined the club’s coaching set-up recently, agreeing to work with the Parkhead reserves.

Things changed dramatically this week as former manager Brendan Rodgers departed for Leicester, with Neil Lennon handed the reins on an interim basis until the end of this season.

John Kennedy and Duff are forming Lennon’s coaching staff and they got off to a flying start in midweek when Odsonne Edouard scored a last-gasp winner in a 2-1 success at Hearts.

Duff wasn’t slow in showing his emotion when the French ace netted that winner and he is relishing his new role.

“I know what the club means to fans. It means the same to me, so I’m ready. “I understand the club and, Celtic Football Club aside, myself and football, I’m all about emotion and enthusiasm.”

The former Chelsea, Newcastle and Fulham winger was enjoying making progress with his reserve side but he was keen to make the step up when the landscape changed this week in Glasgow.

“It’s obviously a massive step up to the first team. There will be more quality and a quicker tempo, but I’ll just be helping the gaffer and John wherever I can. That’s what I’m here for,” he added.

Celtic face Hibernian in the Scottish Cup quarter-finals on Saturday. The Hoops are 1.57 to win, with Lennon’s former side Hibs 5.25 and the draw priced at 4.00.