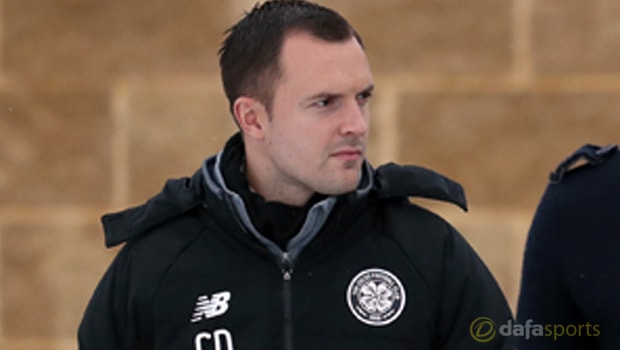 Celtic assistant manager Chris Davies admits his side must use the home support at Parkhead to their advantage during the first-leg of their Europa League round of 32 tie with Zenit Saint Petersburg on Thursday.

The Bhoys head into the match unbeaten on home soil in domestic matches since December 2015, but their record on their own patch is far less impressive in European competition, as they lost all three of their Champions League group stage games at the venue earlier this season.

Despite that poor European record, Davies believes Celtic can use the home support to their advantage against Zenit.

“The crowd are fantastic and, as we have said before, there is no better place to play than Celtic Park in Europe,” Davies said.

“The atmosphere they generate is incredible. It’s up to us that it inspires us and it intimidates our opponent. So we have to use the atmosphere.

The reputation of Celtic Park will never go away. We’ve got to focus and use that as inspiration.”

Davies knows concentration will also be crucial for the Bhoys, as they look to secure a first-leg advantage ahead of the return trip to Russia on February 22.

He added: “We have to make sure we are concentrating on the game and not thinking too emotionally but tactically, and then it (the home atmosphere) will start to intimidate the opponent.”

Celtic are priced at 2.50 to secure a victory from Thursday’s first-leg, while Zenit are available at 2.63 and the draw is on offer at 3.30.