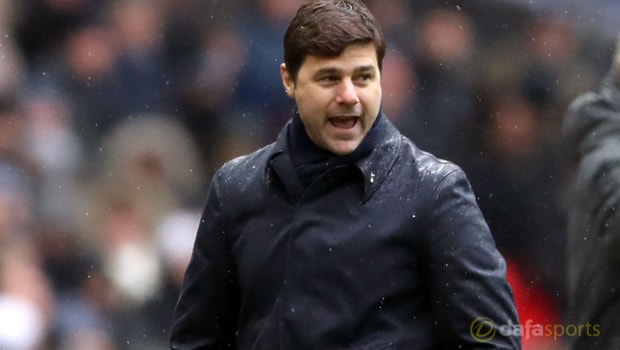 Mauricio Pochettino has hailed Tottenham’s performance during their 2-2 draw with Juventus on Tuesday night as “mature”.

Spurs made the worst possible start to the first-leg of their Champions League last-16 tie in Turin, as they fell two goals behind inside the opening nine minutes of the contest, with Gonzalo Higuain grabbing a brace for the hosts.

Pochettino’s men could have capitulated following that start, but they bounced back in fantastic fashion, with Harry Kane reducing the arrears on 35 minutes before Christian Eriksen’s precise free-kick in the second half made sure the two teams would head into the second leg all-square.

Tottenham even survived Juventus missing a penalty when the score was 2-1 and Pochettino was delighted with the maturity of his side’s overall performance.

“I think we have experience, but not the kind of experience of Juventus in playing in this competition,” he said.

“It’s true that we started the game not in a good way, but that showed that we are mature enough to compete in the Champions League.

“The team showed great character and the good thing is that this is our fourth season and always we are improving in different aspects.”

The draw means Tottenham are now well placed to make it through to the quarter-finals of Europe’s premier club competition for the first time since 2011, while it also extended their unbeaten run in all competitions to 13 matches.

The return leg will take place at Wembley on March 7, while Spurs are now priced at 15.00 to go on and claim overall Champions League glory for the very first time.