Celtic to make move for German star in January

Posted by Olumide Akinnifesi on November 11, 2019 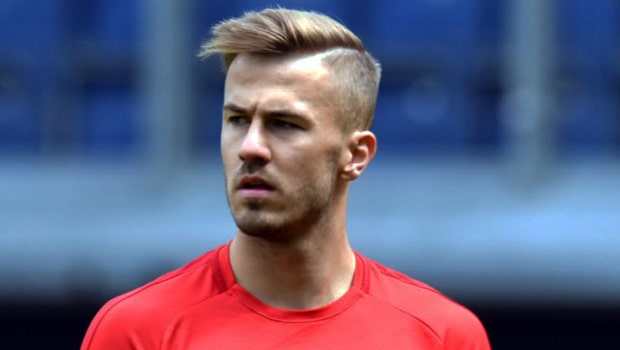 Celtic are prepared to make a move for Germany U-21midfielder Niklas Dorsch ahead of the January transfer to bolster the squad. According to reports, Neil Lennon is considering adding to his team and has identified Dorsch as a potential prospect.

The young midfielder has a release clause in his contract of €3.2m [£2.76m] in his current contract in the Bundesliga second division side Heidenheim and Celtic seem not bothered about the fee as they see some qualities in him which will fit into Lennon’s squad.

If any move for the player finally materializes at the end, it will question the futures of players such as Oliver Ntcham and Nir Bitton, with both sides struggling to break into the Hoops midfield at the moment.

We take a quick look at the player’s profile. Niklas Dorsch started his career at Bayern Munich, growing through the academy ranks and making a few first-team appearances for the club. He markets his first debut for the first team with a goal in a fixture against Frankfurt. As time goes by, he found first-team opportunities hard to come by, as this affected his progress.

When quizzed about his time at Bayern, he said, ” leaving Bayern to another club was the best decision for me, which I think is absolutely right for me.”

The player has some interesting facts as his character and ambition of being a top midfielder is on course for more development, and he values more time on the pitch than lucrative contracts. He has played 33 times for Heidenheim as they push in the quest to return to top-flight football in Germany. He has made 13 appearances for his club so far, dragging the club up to sixth in the table.

It’s a widespread thought in the club that he will be brought to replace Scott Brown in the defensive part of the midfield. Dorsch is an exciting player who Celtic has been tracking for a while, and it will be interesting to see how things will be by January.

Celtic are backed at 1.45 to win the Scottish Premiership, while close rivals Rangers are pegged at 2.65.