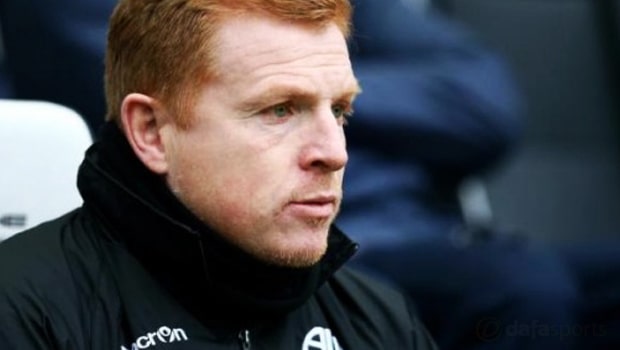 The draw for the first knockout stage of the UEFA Europa League was held on Monday and Dafabet sponsored Glasgow Celtic took part as the group winners after having qualified on top of the group of CRF Cluj, Lazio and Rennes.

The draw pits Celtic against the reigning Denmark champions FC Copenhagen, who they have last faced back in 2006 in the Champions League group stage.

Celtic completed their group stage with flying colors, despite taking their only loss in the last game against CFR Cluj on the road. The game was meaningless for Celtic and manager Neil Lennon had the option to rest his key players while giving much needed minutes to fringe players and those returning from injuries. With the tight fixture list, the rotation might prove crucial when push comes to shove especially with the battle for domestic championship raging on against Rangers.

The impressive performances by Celtic in the group stage against the likes of Lazio and Rennes did not go unnoticed and Celtic is dubbed as one of the dark horses entering the first knockout stage – something they were not even close to in the beginning of the journey. Beating Lazio twice was the highlight of the campaign so far and the performances by Ryan Christie, Odsonne Edouard and the defense commanded by keeper Fraser Forster collected praise throughout the group stage.

The draw was somewhat lucky for Celtic as they avoided the four unseeded teams coming down from the UCL: Leverkusen, Shakhtar Donetsk, Olympiacos and Club Brugge. While FC Copenhagen is a major player in Denmark and has had some success in Europe, the team is arguably one of the easier opponents to face. Currently holding the second place in Danish Superligaen, FC Copenhagen did not get through the group stage of Europa League last year and were beaten by Atletico Madrid in the first knockout stage the year before.

While FC Copenhagen’s biggest star is Danish international Viktor Fischer, with countrymen Nicolas Boilesen and controversial character of Nicklas Bendtner on tow, many of the key players feature foreign talent. Cypriot forward Pieros Sotrious has been the team’s best scorer in the Superligaen, followed by former Hull City and Sunderland striker, Senegalese Dame N’Doye. The team is captained by midfield powerhouse Zeca, who has 19 caps for Greece under his belt.

Other notable players are Bryan Oviedo, a Costa Rican international who returned to FC Copenhagen after spells at Everton and Sunderland and Guillermo Varela, Uruguayan international, who went through the Manchester United academy but never won the spot there. Michael Santos, a fellow Uruguayan is perhaps less known internationally, but has impressed this season by scoring five goals.

While Celtic are still considered outsiders to win the UEFA Europa League, they are very likely to head to top 16 with a favorable draw. There’s no room for underestimating their opponent, though. Neil Lennon is keeping the team’s feet firmly on the ground and heading to playoffs one game at a time.