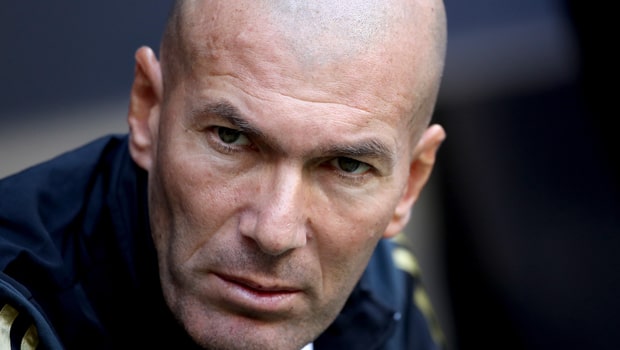 Real Madrid manager Zinedine Zidane has claimed Courtois’ action in the game against Valencia on Sunday in the Spanish La Liga which led to the late equalizer by the Los Blancos was unknown to him.

The Belgian goalkeeper ran from his box down to the opposing box as Madrid won a late corner and ensured that the capital club got a point from a losing position.

Real Madrid were close to getting defeated for the second time this season as Carlos Soler’s 78th-minute goal had given Valencia a late lead that looked like a winner only for Courtois’ header to be spilled by Jaume Domenech, but Benzema reacted quickest to notch home a late equalizer.

“He decided to go up, and this shows that we wanted more, that we never give up, the equaliser is something that we put a lot of effort
into.,” Zidane said.

Despite the draw Zidane that the team deserved a better result as they head to the Camp Nou to face Barcelona in El Clasico, which was postponed due to political troubles, on Wednesday as both teams sit atop the log in the La Liga with 35 points each albeit Barca lead with a superior goal difference of 2.

After the El Clasico, Madrid will face tough ties against Athletic Bilbao and Sevilla as well as Valencia. However, on Monday the Los Blancos opponent in the round of sixteen of the UEFA Champions League was revealed in Nyon as English Premier League champions Manchester City were paired against them.

Meanwhile, Barcelona will face Italians Napoli in the next round while in the La Liga, they will face Deportivo Alaves, Espanyol and Atletico Madrid next. In their last game, Barcelona drew their game with Real Sociedad 2-2 on Saturday with Antoine Griezmann and Luis Suarez scoring for Ernesto Valverde’s team.

Barcelona are fancied at 1.73 to defeat Madrid in the Clasico, while Real Madrid are backed at 4.53.