Posted by Robert Morris on September 4, 2018 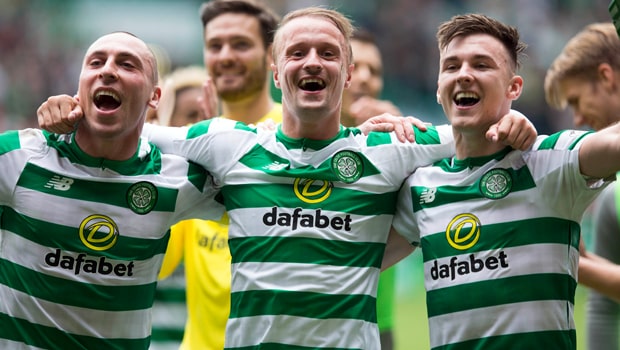 Celtic striker Leigh Griffiths says that he is seeking a new long-term contract with the Scottish champions.

Griffiths was an integral part of the Brendan Rodgers side which swept all before them in domestic football last season, winning the historic treble of the Scottish Premiership, Scottish FA Cup and Scottish League Cup.

Griffiths scored 13 goals in all competitions last season and has now scored 100 goals for the club.

His current deal keeps him at Celtic Park until 2021 but the Scotland international says talks over a new contract are going well.

“It’s still ongoing, these things are never easy, but it’s almost completed now and hopefully in the next couple of weeks it will be done and dusted,” he told Sky Sports News.

“It’s been going on for a number of months now and these things aren’t easy to deal with, so hopefully in a couple of weeks it will be done.

“I’m not very sure about the length of the contract. That’s something my representatives in the club will deal with and hopefully it’s a nice, long contract.”

The 28-year-old joined Celtic from Wolverhampton Wanderers in January 2014 and has been a part of the squad which so far this season has been fighting on three fronts, in the Scottish Premiership, the Scottish League Cup and in Europe.

The striker scored as Celtic beat Suduva to reach the group stages of the Europa League and came on as a substitute at the weekend as his side won the first Old Firm game of the new season, Steven Gerrard suffering his first defeat as Rangers boss in a 1-0 loss at Celtic Park.

That win keeps Celtic second in the Premiership table, three points behind leaders Hearts, the only team with a 100% record after the first four games of the season.

Celtic return from the international break with a game away to St Mirren on 14th September.