Posted by Fred McKinley on September 4, 2018 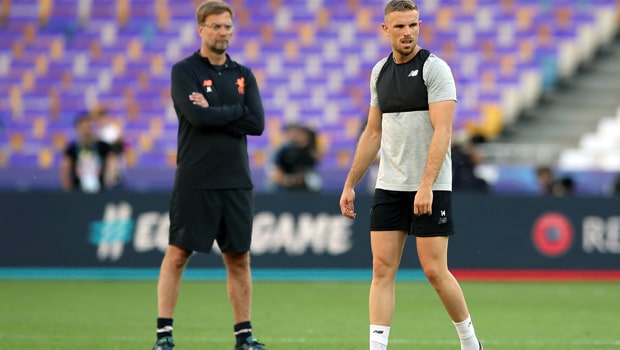 Liverpool manager Jurgen Klopp said that Jordan Henderson is a perfect fit for the club and expects the midfielder to keep improving.

He was speaking after his “general” had put pen to paper on a five-year deal which will keep the 28-year-old at Anfield for the long-term and Klopp said he and the club were the perfect fit.

He told the club’s official website after the news was confirmed: “Jordan embodies entirely what it means to be a Liverpool player in this modern era of football.

“The best thing is, I think – in fact, I know – he will get even better in these coming years. And this improvement will come from a very high base already.”

Henderson took extra time off after being part of the England squad that reached the World Cup semi-finals in Russia.

He made his first start of the new campaign in his team’s 2-1 win at Leicester on Saturday, which ensures that Liverpool go into the first international break of the season on maximum points after four games.

Henderson, for his part, said that he was pleased to have committed his future to the club, adding: “I’ve loved every minute of my time at Anfield so far and have already made memories to last a lifetime but I’m convinced the best is yet to come.

“I love this club and I can’t wait for the future.”

Henderson moved to Anfield from Sunderland in 2011 and so far has made 283 appearances for the club, scoring 24 goals.

Top of the Premier League table, on goal difference from Chelsea and Watford, Liverpool are back in action away to Tottenham on September 15.