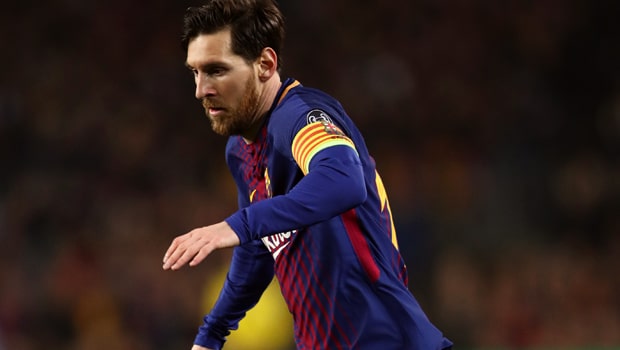 Lionel Messi says that Real Madrid are not as good a team without Cristiano Ronaldo and that Juventus are now favourites for the Champions League.

Real and Messi’s team Barcelona have both won their first three matches of the new Spanish season and remain the teams to beat in both La Liga and European football.

However, Messi feels Real have been left weaker by Ronaldo’s move to Italy and with him in their team Juve have to be one of the contenders to win the Champions League.

He told Spanish radio: “It surprised me. I didn’t imagine him leaving Madrid or joining Juventus.

There were a lot of teams that wanted him. It surprised me but he went to a very good team.”

While Messi believes Juventus are a rival in the Champions League, he believes his own team have every chance.

They last lifted the trophy in 2015 with Spanish rivals Real dominating in the three years since and Messi is hungry for more European success.

“We have a spectacular squad and we can fight for it,” he added.

“We lost chances to win it in the Guardiola era against Inter and Chelsea. “We were better than them and we could not get to the final because of small details.”

The draw for the Champions League group stages has been made and Barcelona are in a group with Inter Milan, Tottenham and PSV Eindhoven.

Messi will not be part of the Argentina squad that assembles for games against Guatemala and Colombia in the next few days but will be back with Barcelona after the international break when they take on Real Sociedad away while Real Madrid travel to play Athletic Bilbao.