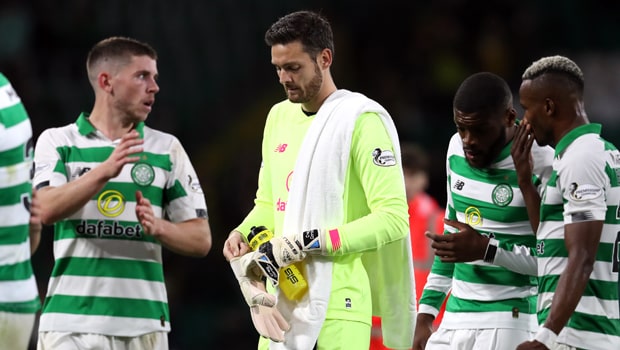 Celtic have now tabled their Europa League squad ahead of the new season as per the stipulated regulations.

The squad is now locked in for the group stages of Europe’s second-tier competition. A number of key summer signings were included with some of the promising and exciting players missing from the squad.

The Hoops will only be afforded the chance to make changes to the squad if they make it through to the knockout rounds.

The notable summer signings to make the Europa League squad listing include: Fraser Forster, Moritz Bauer, Greg Taylor, and Mohamed Elyounoussi. Greg Taylor provides a very good option in left-back while Moritz Bauer showed on his debut against Rangers why he is a valuable asset to the Hoops.

Fraser Forster’s addition to the squad has not in any way prevented Scott Bain and Craig Gordon from being added to the squad. The squad looks strong with 37 men, 14 of which are on the bench including Odsonne Edouard.

Lee O’Connor, the former Manchester United youngster, has been omitted from the squad list despite being a part of the Red devils Champions League squad last term.

O’Connor isn’t left alone. He is joined by youngsters Jeremie Frimpong and Jonathan Afalobi who have also been excluded from the squad.

The Europa League group stage is expected to be tough but to crack for the Scottish giants. That said, they can make it to the knockout round of the competition if they maintain their current level of play. They are drawn with Lazio, Rennes, and newfound rivals, CFR Cluj in Group E. Although, all of these clubs would be an uphill task for Celtic, it goes without saying that none of them are unwinnable.

Celtic will be bolstered by the addition of summer signings Elyounoussi, Frimpong, and Taylor as they forge into the new campaign with these exciting prospects. Needless to say, Frimpong might feel extremely bad at being left out of the Hoops’ squad, but he has settled quite well into the team.

The Hoops take a trip to Hamilton on Saturday 14th September as they look to make it five wins from five in the Premiership.