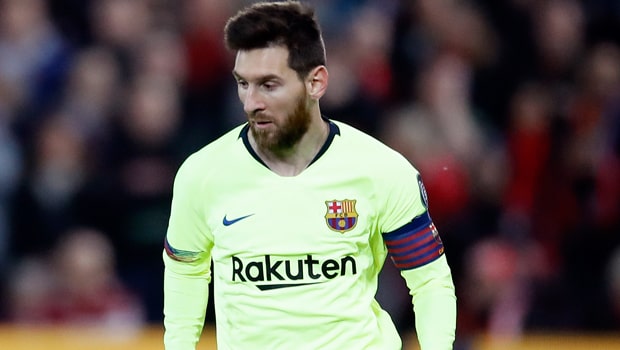 Barcelona will try all they can to convince talisman, Lionel Messi to renew his contract. It’s been revealed that although the Argentine is tied to the Blaugranas till 2021, he can walk away from the Nou Camp at the end of this campaign.

The five-time Balon D’Or winner signed his current contract with Barcelona in 2017, though the Spanish giants’ President, Josep Mario Bartomeu has been talking up his inevitable renewal for months.

That said, Messi is yet to pen down a new deal, and Bartomeu might be getting nervous as the Argentine has no obligation to remain at the Camp Nou for the next two years.

According to Goal, Messi has the unilateral right to walk away from the contract at the close of this season.

The winger celebrated his 32nd birthday in June which means he could have opted to end his two-decades-long association with the Blaugranas.

What this clause means is that Messi has a chance to terminate his contract every June 30. However, the Argentinian national isn’t the first Barcelona player to have been given such privilege.

Club legends in Carles Puyol, Xavier Hernandez, and Andres Iniesta were all afforded such opportunities, the luxury of calling time on their careers every year at the same age.

The Barcelona skipper did not want to tax the Blaugranas economy and also didn’t wish to be tied down to any renewal. He and the club, therefore, settled for a common ground, allowing him the liberty to leave the club at age 32.

The 2019 UEFA Forward of the Season has been sidelined due to injury, forcing him to miss the first few games of the season. Putting things in perspective, Barcelona hasn’t fared well in their talisman’s absence, winning only one of their games since the start of the season.

Lionel was instrumental to Barca’s fine season last term, notching an intimidating 51 goals in only 50 appearances across all competitions.

The Spanish giants President stated in February that the club was trying to persuade Lionel to remain at the Camp Nou for even longer.

Lionel Messi is favoured to win as top goal scorer at 1.65, while Barca are priced at 1.65 to win La Liga this season.