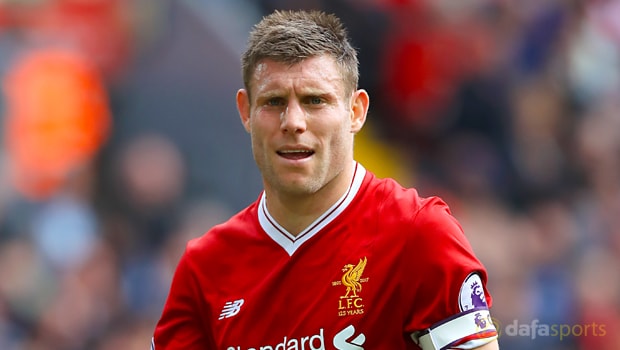 James Milner knows Liverpool must be fully prepared for the new season, particularly as they face a crucial Champions League qualifying tie in August.

The Reds will return to pre-season training next week with their opening Premier League match of the season at Watford scheduled to take place on August 12.

Jurgen Klopp’s men will also face a two-legged tie to secure their place in the Champions League group stages during August and Milner knows the entire squad must be ready for the new season if they are to avoid a slip up in Europe.

“The off season is always a funny one – you enjoy yourself and relax but you’ve always got one eye on pre-season and making sure you’re right and ready to go again,” he told Liverpool’s official website.

“Obviously it’s a big start to the season for us. “Pre-season is always tough, nobody particularly enjoys it.

But with the tours and the [Champions League] qualifier we want to hit the ground running and start the season well. So it’s important you’re ready to go.”

The former England international is confident the Merseysiders can secure their place in Europe’s premier club competition and he expects the team to continue their development over the course of the campaign.

“We’ve done part of the job but we have to finish that now,” he added. “It would be disappointing not to make it after all the hard work we did last year.

I’m sure we will. “We’re improving all the time as a team and you can see that over the last couple of years since the manager has come in.

We’re moving in the right direction.” Liverpool have been crowned champions of Europe on five previous occasions, most recently in 2005, and they are priced at 26.00 to secure the continent’s top prize once again next term.