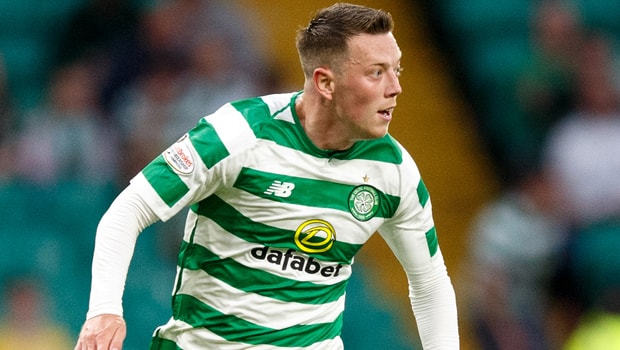 Celtic midfielder Callum McGregor admits the squad were disappointed after Wednesday’s draw with AEK but feels they can still win the Champions League tie.

The Bhoys were hoping to take control on home soil and it all looked to be going to plan when McGregor broke the deadlock with a fine finish inside the box.

Celtic piled on the pressure as they attempted to add to their lead in the first half but the visitors grabbed an equaliser through Viktor Klonaridis on the stroke of half-time.

The Scottish outfit were handed further hope just shy of the hour mark when AEK were reduced to 10-men when Konstantinos Galanopoulos was shown a second yellow card.

AEK dug in and kept Celtic at bay for the remainder of the game to ensure they would go back to Greece in the driving seat, having netted a crucial away goal.

McGregor was unable to hide his frustration at the final whistle but insists Celtic are capable of getting a positive result in next week’s second leg of their third qualifying round tie.

“We had 10 men (against us) for half an hour but we didn’t break them down.

“It might look a bit flat but the players need to stay positive and believe that we can go over there and get a result.

Over the past couple of seasons, you’ve seen how we’ve been tested and come through. We know how big task it is but we’ll definitely be ready for it.”

Celtic return to domestic action on Saturday and can be backed at 1.53 to beat Hearts, who are priced at 6.00 to pick up all three points, while the draw is available at 4.33.