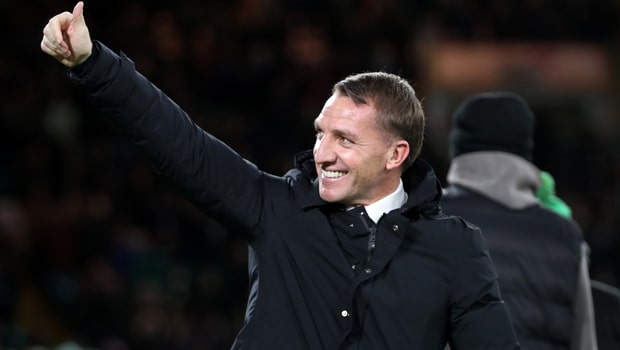 Celtic manager Brendan Rodgers is pleased with his transfer business after admitting he needed to sign three forwards to replace Moussa Dembele. Dembele moved on last summer after Celtic sold him to Lyon for £19.7million.

As a result, Rodgers was left with Odsonne Edouard and Leigh Griffiths, with the former leading the line for the majority of the campaign.

The Frenchman has scored nine goals in 18 appearances while Griffiths grabbed two in 11 matches before he decided to take a break away from the game for personal issues.

The Hoops signed Timothy Weah on loan from Paris Saint-Germain this month and have since added Oliver Burke and Vakoun Issouf Bayo to their ranks.

Celtic are currently away in Dubai on their winter training camp and Rodgers admits the trio will finally help him replace Dembele.

He told the Belfast Telegraph: “We’re a team that plays an aggressive game, an attacking game, and I felt that was an area we were short in terms of our options.

“So bringing young Oliver and Timothy in will increase that in both the central and wide areas, as will young Bayo as well as he gives us a physicality with his presence and speed.

“It allows us more options with the systems we play. The style will always be the same, but it increases the way we can play. We suffered a little bit when Moussa left in the summer, but I’m happy with these three.

“We will look to do more business. I think January is important. But the players have to be available at the same time.”

Celtic remain 1.22 favourites to win the Scottish Premiership, with Rangers their main rivals at 4.33.