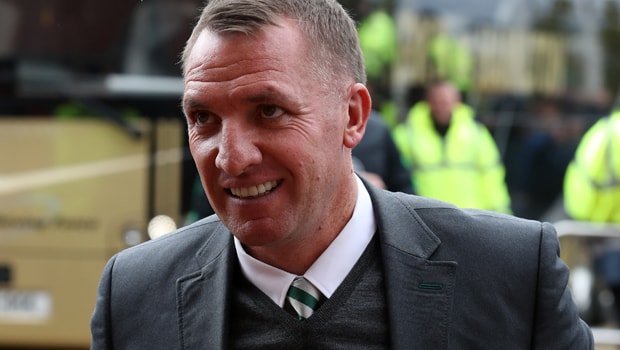 Celtic manager Brendan Rodgers has confirmed attacking pair Leigh Griffiths and Jonny Hayes have both picked up injuries that will keep them out of the next two matches at least.

The Bhoys, who are 1.08 favourites to retain their Scottish Premiership title next season, kicked off their quest to make the main draw of the Champions League with a 3-0 first-leg win over Ashakert in the first qualifying round.

Summer arrival Odsonne Edouard, James Forrest and Callum McGregor all got on the scoresheet to put Celtic on the brink of moving into the second qualifying round.

Neither Griffiths nor Hayes featured in the Hoops’ victory over the Armenian side and the duo will not be available for the second leg, whilst they will also be missing for the contest against either Value or Rosenberg in the next round.

Rodgers, who was linked with a move to Chelsea this summer, confirmed the attacking pair have picked up injuries and will be out for the next couple of games.

Speaking to the Daily Record, he said: “Leigh, along with Jonny Hayes too, is probably two to three weeks away.

We’ll know more in a few weeks’ time. It’s unfortunate really for him but that’s how football works.

“For any player when you miss a period of pre-season it’s always difficult, especially if you’ve worked hard.”

Should Celtic, who are aiming to complete the domestic treble for the third consecutive season, see off Ashakert at Parkhead in the second leg, then they will be playing their first tie of the next round on the 24th or 25th July.