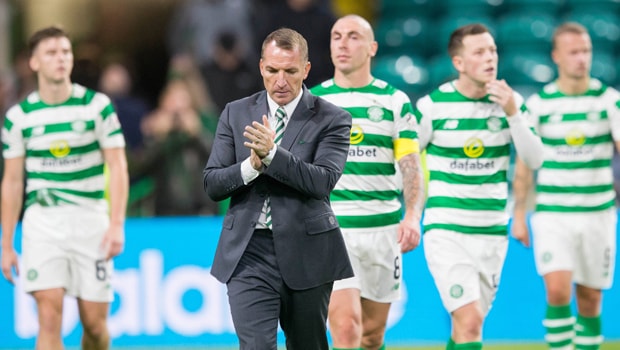 Celtic manager Brendan Rodgers says that he wants to see his team defend better as they aim to reach the Europa League group stages.

The Scottish side are level 1-1 after the first leg of their play-off with Lithuanian side FC Suduva.

They approach the second leg at Parkhead armed with an invaluable away goal but Rodgers was frustrated that, after starting well in Lithuania, they failed to build on that, letting the home side back into the tie.

With home advantage, the Celtic boss hopes to make a similarly good start in the second leg but then build on it to ensure there is no way back for FC Suduva.

Rodgers told the club’s official website: “It’s important we don’t give away anything defensively, press the game well and then use our quality and speed to hopefully gain an advantage as early as we can.

“We expect them to be compact, tight and try to make it difficult for us, and it’s important for us to impose our style.

“It’s an important game. They’re all important. It’s important for us to have European football at least through to Christmas and that’s something we want to do.”

Celtic’s season started early, in mid-July with qualifying for the Champions League.

They made it through to the third qualifying round before being knocked out 3-2 on aggregate by AEK Athens.

That led to entry into the Europa League and the hope of overcoming FC Suduva and qualification into the group stages. Celtic are 1.10 to beat Suduva who are 19.00 with the draw 8.00.

In the early stages of the Scottish Premiership, Celtic are second after three games, Hearts the only side who have claimed maximum points so far.

Rodger’s side play Rangers on Sunday in the first Old Firm game of the season. Celtic are 1.75 to win on Sunday with Rangers 4.75 and the draw 4.00.