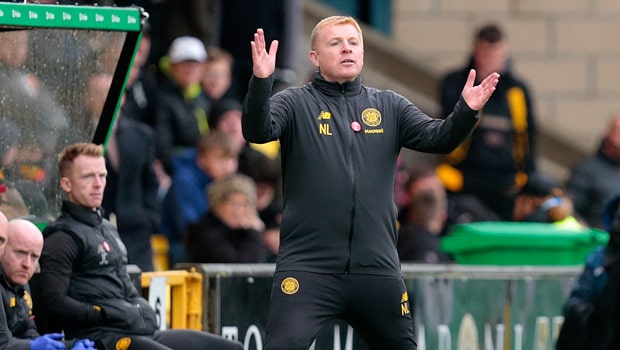 While Glasgow Celtic boss Neil Lennon was not worried of dropping points last week, he might have another tone starting the week and heading for the international break. Last weekend saw Celtic drop points in otherwise dominant effort at Hibernian, but this time the performance was far from the expected at Livingston.

Celtic got their retribution midweek against CFR Cluj, the Romanian side that knocked them off from the Champions League qualifications, in a 2-0 home victory at Parkhead. A go-ahead goal from prolific youngster Odsonne Edouard, who has scored five goals in seven Premiership games as well, and the insurance goal scored by summer acquisition Mohamed Elyounoussi led Celtic to the 1st place in their Europa League group with four points.

After the usual commanding performance against Cluj, the Celtic were massive favorites on their road game against Livingston. The odds hovered in the region of 1.25, so it was 80% probability for an away win. But it was a let-down from start to finish for the Celtic fans and management alike.

The game started off with a wrong foot for the visitors and it was the home team creating better chances from the whistle. Physical and hard-handed mentality adopted by Celtic went too far on the 26th minute, when arguably the best player for the visitors early on the season, midfielder Ryan Christie was sent-off for a vicious tackle. It was all downhill from there for the Celtic.

While the 10-man Celtic managed to keep a clean sheet for the first half, their efforts in the offensive end were not exactly masterclass and Livingston relentlessly shot up to the counterattack at every chance. The energetic play paid off to start the second half, with unmarked Scott Robinson scoring the 1-0 goal from the box in the 47th minute. Celtic was left dumbfounded by the Livingston goal and started pushing forward, only to open more counterattacking options for the home side. The decider came 17 minutes before the final whistle by Lyndon Dykes, who finished Celtic off after a long ball by the keeper Matija Sarkic. Livingston held up to the lead bravely, but in all honesty didn’t have too much trouble against the surrendered Celtic.

Celtic was handed their first loss of this season’s campaign, while the arch rivals Rangers took a convincing 5-0 victory over Hamilton. Rangers moved to the top of Premiership with 21 points in eight games, leaving Celtic chasing by two points. Celtic will have to wait for their chance of redemption until after the international break, as they will face Ross County at home on Saturday 19th October.